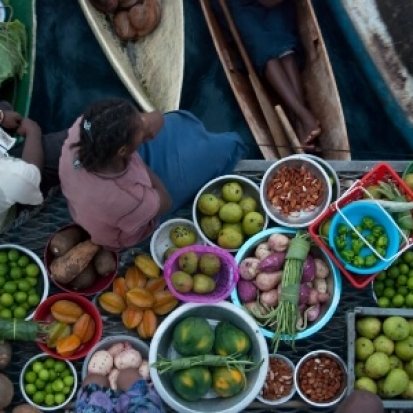 The United Nations Development Program (UNDP) has just released the latest UNDP Human Development Report. Published annually since 1990, each report ranks country achievements based on the well-known, high-respected and widely used living standard measure, the Human Development Index (HDI). The HDI combines measures such as health, education and per capita income into a single, composite measure. This year’s HDI scores rank Norway as the country with the highest level of human development, one place ahead of Australia. The conflict-torn Democratic Republic of the Congo (formerly Zaire) gets the lowest ranking among the 187 countries included in this year’s report.

Rankings for nine Pacific Island countries are provided in the 2011 HDI. These countries and their rankings are: Palau (49), Tonga (90), Samoa (99), Fiji (100), Micronesia (116), Kiribati (122), Vanuatu (125), Solomon Islands (142) and Papua New Guinea (153). Palau’s ranking puts it among the top 40 percent of countries; however the last five countries are in the bottom 40 percent and Papua New Guinea is in the bottom 20 percent, along with many African nations. These respective rankings are lower than what many might expect, given the popular perception that Pacific Island countries are island paradises. In fact the HDI suggests that development measures in the Pacific are very similar to those of many sub-Saharan African countries, for example Guyana, Botswana, Swaziland, Angola, Tanzania and Nigeria are ranked 117, 118, 140, 152 and 156 respectively.

What is more disturbing is that HDI rankings for Pacific Island countries are falling over time, meaning that these countries are slipping behind the rest of the world insofar as living standards are concerned. Of the nine countries mentioned above, only Tonga, Fiji, Micronesia, Solomon Islands and Papua New Guinea were actually ranked in the 2010 Human Development Report. In the 2011 report their rankings fell by 5, 14, 13, 19, 16 positions, respectively.

Sustineo Pty Ltd recognizes the importance of supporting Pacific development not only through aid but with other drivers of growth and poverty reduction. Partnering with the Alfred Deakin Research Institute (ADR) and with financial support from the Australian Research, Sustineo is constructing an index that will rank rich countries based on their efforts with regard to aid, trade, migration, private investment, security, the creation and dissemination of new technologies and the promotion of environmental sustainability in the Pacific Island countries.