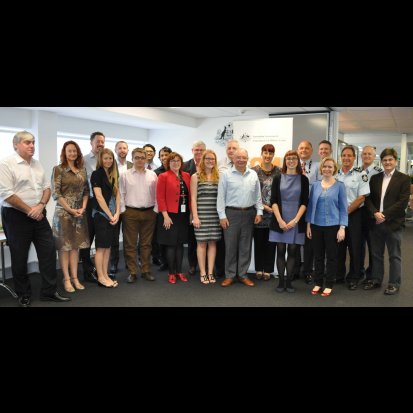 Sustineo attended a one-day workshop held by the Australian Civil-Military Centre on the topic of Security Sector Reform and development. During the workshop, Sustineo presented a research paper on the relationship between security and development, with a focus on how different types of violence inhibit development in fragile and conflict affected states.

The core arguments of Sustineo’s paper are:

The three main conclusions emerging from the conference are below:

1) Language should not be a barrier

There was extensive discussions about the terminology associated with security sector reform, and the potential risk this poses to development programs. The lack of clarity and specificity of what a security sector reform project or intervention actually entails can hinder implementation.

Different workshop participants indicated that although language remains unclear, and new terms continue to emerge (for example, security sector assistance emerging recently in the US), projects are continually rolled out that align with the ideas of security sector reform.

Security sector reform can perhaps be understood as a discourse, rather than a concrete term with specific definitions. Discourse is a way of thinking that drives decisions made by individuals and institutions. SSR can be a discourse, as elements of this discourse form part of specific programs. Examples of this were given, such as corruption control, policing, military intervention, and institutional capacity building. All of these activities, although different, form part of the broader SSR discourse; which evolves and further informs decisions to implement further activities.

The NGO and private sector have an important role to play in SSR. These groups can provide detailed input to SSR development program design. Importantly, both NGOs and private companies are on the ground in fragile countries before, during, and after violence occurs. This in depth knowledge can provide valuable insight into SRR related development projects being designed by government agencies. Throughout the conference, a range of ideas around NGO and private sector involvement were posed, opening up future opportunities.

The range of ideas discussed during the workshop opened up opportunities for future research into the field of SSR, ranging from program design to evaluation. Building from Sustineo’s work, in identifying the fragmented nature of data on violent activity in fragile states, a future research piece could explore the implementation of the Post 2015 Development Agenda with the existing limitation of data. Importantly, the approach Australia will take towards the security oriented development goal should be explored in detail. Such research would allow for an analysis of how different agencies operationalise the SSR discourse, identify gaps in developing security programs, and explore possibilitis for more cohesive whole of government approaches to implementing the Post 2015 development agenda.