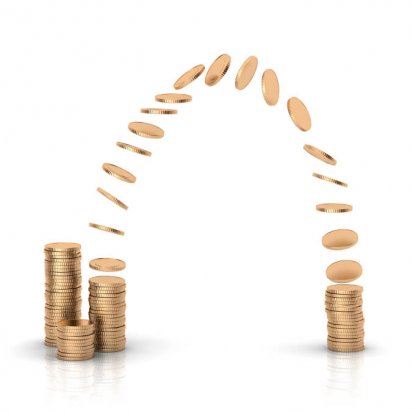 The full paper is available through the Sustineo publications page here.

Remittances are an important source of foreign income for developing countries, increasing dramatically in size over recent decades. Developing country remittance receipts were $US0.3 billion in 1971. These receipts are expected to reach $US350 billion in 2011, up from $US320 in the previous year. Remittances now account for more than two and a half times the global level of Official Development Assistance (ODA) having accounted for less than five percent of the level of ODA in 1971. They are an especially large source of revenue for countries belonging to the Small Island Developing States (SIDS) group. SIDS receive much larger remittance inflows relative to the size of their economies than any other country group. During the 2000 to 2009 they received remittances that were the equivalent of 7.2 percent of their GDP, compared to 1.8 percent for the developing country group as a whole over the same period. SIDS located in the Pacific region received remittances that were equivalent of ten percent of GDP during 2000 to 2009. Among SIDS it is not uncommon for remittances to account for more than 20 percent of country GDP and for as many as 90 percent of households to receive remittances from abroad.
It is no surprise, therefore, that within international development policy circles there are very lofty expectations regarding the economic impacts of remittances receipts in SIDS, including those in the Pacific. The economic future of SIDS, it is widely held, will be much brighter if remittance flows to them can be increased and sustained at high levels. According to this view, such levels will in particular enable higher rates of economic growth to be sustained, along with the many benefits of such growth.
What is surprising is that there has been no empirical research that supports this position. In the absence of this research we are simply left to speculate as to whether remittances drive growth in SIDS, including those in the Pacific. We are certainly not in a position to estimate with any confidence what the extent of remittances drive growth in these countries. Much more seriously, research for other developing countries actually questions whether remittances have any impact on growth. If this also applies to SIDS then the above mentioned expectations are badly misplaced.
This paper offsets this void in knowledge of the growth impact of remittances to SIDS. Using panel data for 209 countries spanning the period 1971 to 2010, the paper provides an econometric analysis of the impact of remittances on economic growth in SIDS. Included in this sample are 25 SIDS. This analysis tests whether this impact is different in SIDS than in other developing countries. The paper finds that remittances have a positive impact on growth in SIDS, but not in other countries. It does, however, find that the result differs among different groups of SIDS, holding for those in the Pacific and sub-Saharan Africa, but not for those located in Latin America and the Caribbean. The result for the Pacific is striking. These countries grew on average by 0.94 percent during 1971 to 2010. The paper’s results suggest that without remittances these countries would have recorded an average growth rate of -0.74 percent during this period. The paper concludes with a call for further research on links between remittances and growth that reveals the channels though which remittances drive growth.