Get to know our recent recruit, Rob 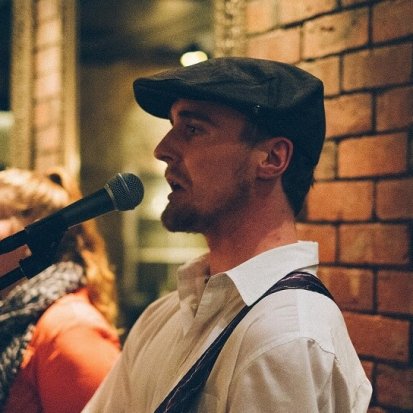 Sustineo’s team has grown rapidly this year! We were excited to welcome our most recent recruit, Rob, to the team just a couple of weeks ago. With over ten years of combined experience in international development, academia, and consultancy, Rob is a great addition to the team and will be an asset as part of continuing to deliver high quality work domestically and overseas. But who really is Rob? We asked him a few questions to find out how he ended up at Sustineo and what he enjoys outside of work.

What drew you to Sustineo?

When I finished studying, I started working in management consultancy because I wanted to gain some concrete skills in project management and business development to complement my academic research background. After a couple of years learning the consulting craft, I was ready to get back to working on the thing I’m really passionate about: the complex development challenges facing the Pacific. I had been following Sustineo on LinkedIn for a while and thought that the company’s projects looked fascinating, so when a job opened up I applied right away! I also liked the company’s approach of working in partnership with Pacific organisations, and was really keen to join a small, energetic team.

What skills and expertise are you bringing to Sustineo?

I have over ten years of combined experience in international development, academia, and consultancy. Between 2014 and 2019, I completed a Masters and PhD in international development at the University of Oxford, which involved statistical analysis of custom-built global datasets and field trips to Fiji and Solomon Islands to conduct qualitative research. As a result, I learned how to conduct high-quality mixed-methods analysis and built a strong understanding of political dynamics in the Pacific region. During my time as a consultant, I’ve gained some great experience in managing complex projects, working collaboratively with clients to help them solve their problems, and communicating information concisely. And of course, I learned to make a slick PowerPoint pack in quick time!

What do you hope to achieve during your time at Sustineo?

Overall, I hope to contribute to Sustineo’s driving goal of supporting positive and sustainable social, economic, and environmental change in Australia, Asia, and the Pacific. In particular, I hope to work in close partnership with organisations across the Pacific to improve the lives of people in the region. I’m also excited to learn a lot from my new colleagues (there’s so much academic and practical expertise at Sustineo!) and hopefully help the team build its capability by passing on some of the lessons I’ve learned from working at a big multinational company.

What has been your biggest learning experience from your career so far?

The importance of not taking an entire project on your own shoulders. After so long in academia, I have had to get used to being part of a team again: on the plus side, this means you can solve problems together and keep each other motivated; but it also means you have to let go of some creative control and understand that some people don’t believe in the Oxford comma…

Tell us something we don’t know about you.

I’ve been in the eye of a cyclone and lived to tell the tale. In 2014, my family and I were visiting friends in Ha’apai (we lived in Tonga when I was young) when it was hit by Cyclone Ian. After hours of madness, there was a sudden calm and we ventured outside into a devastated world lit by eerie yellow light. After 30 surreal minutes, the back half of the storm hit and we had to bunker down again for several more hours of howling wind.

Outside of work, what are you passionate about?

Music, always! I grew up playing the saxophone, then later taught myself to play guitar and sing. I’m on the lookout for open mics around Canberra, so please email me any suggestions… I’m also a cricket tragic on a mission to play for as many teams with jazzy caps as possible.

What was the last book you read?

Because I had some time off before starting at Sustineo, I’ve been on a sci-fi and fantasy bender. I churned through Joe Abercrombie’s First Law and Age of Madness trilogies (dark, brutal, but captivating) and recently started Sebastien de Castell’s Greatcoats series. However, when people ask for a recommendation, I point them to Ben Doherty’s Nagaland – it’s a lyrical and captivating exploration of politics and mythology in an often-overlooked part of India.