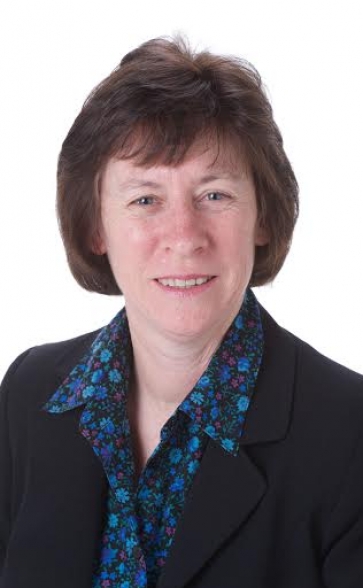 Dr Lyndal Thorburn has being working in the interface between R&D institutions and industry since 1986 when she joined CSIRO as Head of Public and International Affairs in their Office of Space Science and Applications. She was promoted to the Institute of Information Science and Engineering in 1989 and in that position played a significant role in improving CSIRO’s interface with both government and industry. During this time she was seconded to the Department of Prime Minister and Cabinet where she was involved in a technology foresighting projects, and she also acted as Ministerial Liaison between CSIRO and the Federal Government.

Lyndal built on her primary degree in biotechnology by completing a PhD in biotechnology commercialisation, innovation systems and policy influences at Macquarie University, after setting up her first industry policy and commercialisation advisory company in 1996. She has since supported commercialisation of almost 30 new technologies and business concepts, through market research, business planning / case development, stakeholder management, government engagement, capital raising, and organisational structure and governance. Many of these have been in agriculture-related fields e.g. value adding to waste streams, crop disease diagnostics, functional foods and molecular farming.

Since 2004 Lyndal has also led over 40 major consultancy studies for government, university and private sector life science clients on matters relating to commercialisation, industry policy and structural / implementation issues in developing Australia’s competitive advantage from R&D. She has written several annual reports on the biotech/medical devices industry in Australia/Zealand and has given over 20 presentations at national and international conferences on issues relating to industry policy, commercialisation, organisational and institutional structures and innovation systems. During this time Lyndal played a role nationally as a member of the R&D Advisory Committee of the Australian Business Foundation and internationally as the only non-US member of the Commercialisation Advisory Board for the University of Ulster in Northern Ireland.

Lyndal has extensive experience working with R&D funding agencies and has completed a number of benchmarking studies for organisations such as the Australian Research Council and federal and State industry and agriculture departments, and agricultural industry development agencies in Chile, New Zealand and the Republic of Ireland. She has also worked with R&D performers in areas of commercialisation policy and optimisation of organisational structures to support desired policy outcomes.

Lyndal has been a Fellow of the Australian Institute of Company Directors since 2001 and has completed major reviews of HR and financial governance, policies and procedures for Canberra-based not-for-profit organisations. As a Board member she has been involved in helping her organisations through major restructures induced by changing government legislative frameworks.

As a long term member and former director of AusBiotech Lyndal has provided industry input to a range of new government initiatives in gene technology and related areas including introduction of GM labelling, establishment of the Gene Technology Regulator, changes to the Environment Protection (Biodiversity Convention) Act, and the Trade-Related Aspects of International Property Rights agreement. She also represented AusBiotech on Agrifood Awareness Australia for a number of years.